An Army of Glass: The Remarkable Liver Cancer Treatment You Have Probably Never Heard Of 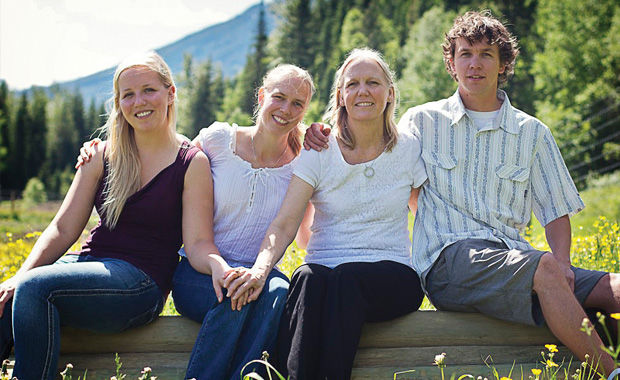 An Army of Glass: The Remarkable Liver Cancer Treatment You Have Probably Never Heard Of

Surgery and chemotherapy had already saved Cook’s life once since she was first diagnosed with cancer in 2013, but these new tumours would not be beaten by the same familiar tools.

“I wasn’t a candidate for surgery because I had too many tumours on both sides of my liver,” Eleanor explains. “They couldn’t do a resection.” Her search for a treatment that could help sent her ranging across North America from her home in Fernie, British Columbia all the way to New York City before finally leading her to Dr. Richard Owen in the Department of Radiology and Diagnostic Imaging at the University of Alberta in Edmonton.

“Since its invention, this microsphere technology has been used worldwide to provide hope to thousands of patients  like Eleanor with inoperable liver cancer. In Canada, however, the treatment is arguably underutilised, with a lack of awareness and funding preventing oncologists from recommending it to patients whose lives it could potentially save.”

Millions of tiny glass soldiers in the bloodstream

Dr. Owen suggested to Eleanor that her cancer might respond well to a liver-targeted microsphere therapy. The treatment involves the injection of millions of tiny glass beads (each only a third the width of a human hair) directly into the artery of the liver, where the overdeveloped blood vessels of the tumours suck them up. Each bead contains a microscopic payload of yttrium-90, a radioactive isotope that can destroy the tumours from the inside while leaving healthy liver tissue largely unharmed.

Eleanor has now undergone two separate treatments of microsphere therapy, the first targeting one half of her liver this past summer, and the second targeting the other half in October. To her, one of the most miraculous aspects of the treatment was how easy, non-invasive, and painless it was. “It was nothing,” she says. “I was [at the University of Alberta Hospital] just for the day, spent one night in Edmonton, and was back home the next day. The only side effect I experienced was a little bit of fatigue. The care and compassion at the hospital was just incredible. From the time I arrived until I was discharged, they treated me extremely well.”

Since its invention, this microsphere technology has been used worldwide to provide hope to thousands of patients  like Eleanor with inoperable liver cancer. In Canada, however, the treatment is arguably underutilised, with a lack of awareness and funding preventing oncologists from recommending it to patients whose lives it could potentially save. Eleanor believes she would never have even heard of the treatment if she had not been proactive in reaching out to Dr. Owen of her own accord.

It’s understandable, of course, that it takes time for new therapies to receive funding, and that doctors are slow to change the treatment plans that have been working for them. At the same time, Canadians living with cancer deserve to have the best treatments available to them, and they have a right to be fully informed about their options.

For Eleanor, receiving this treatment has had a profound effect on her outlook for the future. “I have hope now that I’m going to have more years to enjoy my family, my grandchildren, and doing the things I enjoy doing,” she says. “It’s given me a lot of hope and I was extremely fortunate to be able to have the procedure done.” Hopefully soon all Canadians with this disease will have the opportunity to be so fortunate.